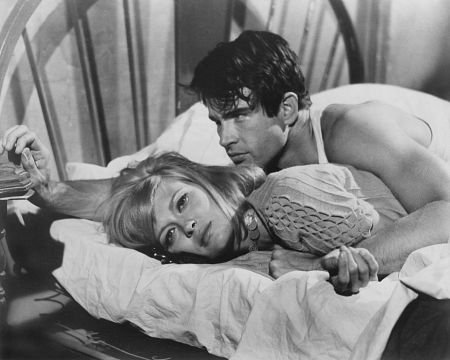 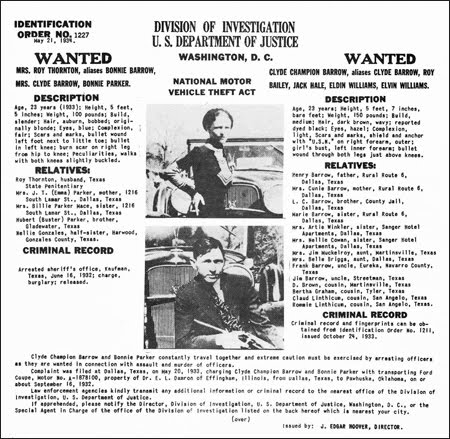 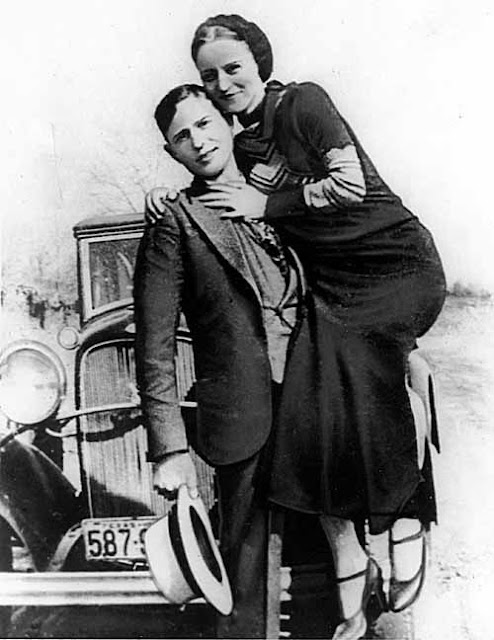 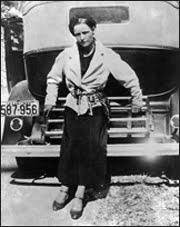 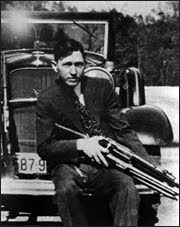 I’ve decided to take a short break from my gorgeous actress obsession, to move on to my old school crime obsession. I know, I’m crazy, but I have this serious fascination with gangsters and criminals of the 20’s-50’s. I don’t know what it is exactly, but I think it has something to do with the fact that the F.B.I. hadn’t really been set up properly (if at all) yet, and criminals were often supported by the general public. Many of you might have seen the movie “Public Enemies” with Johnny Depp over the summer. The film followed the life and criminal career of John Dillinger. Although he stole, murdered, etc., many of the public supported him, even hiding him at times, acting as though he was some type of Robin Hood figure during the Great Depression.
The first criminal pair I’m going to examine is the infamous Bonnie and Clyde. Clyde Barrow and Bonnie Parker met in Texas in 1930. “Bonnie was 19 and married to an imprisoned murderer; Clyde was 21 and unmarried. Soon after, he was arrested for a burglary and sent to jail. He escaped, using a gun Bonnie had smuggled to him, was recaptured, and was sent back to prison. Clyde was paroled in February, 1932, rejoined Bonnie, and resumed a life of crime.”
At the time they were captured and killed, they were believed to have killed 13 people, and committed several robberies and burglaries. Although the couple have been sensationalized by way of a movie with Faye Dunaway and Warren Beatty, they were hardened criminals. Here are some images of both the true Bonnie and Clyde and the film couple. Enjoy!